What makes Sumatra coffee so special?

What makes Sumatra coffee so special?

Sumatra coffee has a distinctive earthy flavour that strongly divides opinion between those who love it and those who don't. In this blog, we look at where this coffee comes from, and the unique Indonesian processing method that gives it its signature flavour.

What is Sumatra coffee, and where is it grown?

Sumatra is a type of Arabica coffee grown in Indonesia – the third largest coffee producing country in the world. Indonesia is made up of a collection of islands that straddle the equator on the edge of the Pacific ocean.

Its climate combined with fertile volcanic soil are ideal conditions for coffee growing, but in fact, the plant is not native to this area. Its seedlings were brought over to the islands of Java and Sumatra by the Dutch East India Company in the 17th Century.

There was a stage where Java was synonymous with coffee, but the distinctive taste of Sumatran coffee has overtaken it and it's now the better known of the two areas.

More than 90% of Sumatra coffee beans are grown on small farms that work together in structured cooperatives to sell their products and split the profits evenly.

The three main types of Sumatran coffees are:

You can buy them as single-origin coffees or blended with other beans for a different flavor profile.

What does Sumatra coffee taste of?

Sumatra coffee has a distinctive earthy flavour that some people describe as mossy or mushroom-y, and a herby aroma with side notes of cedar and spice.

Its signature flavour comes from the unique way in which the coffee beans are processed. Most of the coffee in Indonesia is 'wet-hulled' which retains the moisture content of the beans for a full-bodied coffee that is low in acidity.

The roast also affects the complexity of the flavour, and this comes down to the preference of the individual coffee purveyor. At Pumphrey's Coffee, we think Sumatra coffee is better as a dark medium roast to bring out its natural chocolate flavours.

A lighter roast results in a herby, earthy flavour, which is less universally liked.

Lintong coffee is grown in the Lintongnihuta area of north west Sumatra on a high plateau overlooking Lake Toba – the largest volcanic lake in the world.

What makes coffee grown in this district different from other Sumatran coffee is its clean mouthfeel and brighter acidity. To really appreciate these cup characteristics, we recommend using a V60 filter to make your coffee.

What is well-hulling and why does it matter?

Wet-hulling, or 'giling basah' as it's known locally, is a way of processing coffee quickly that works around the damp conditions in Sumatra.

Coffee production usually takes two to three months from picking the coffee cherries to exporting the washed beans. In Sumatra this process has to be much shorter because its climate means there are only a few hours of drying time everyday.

The coffee is de-pulped, often using old-fashioned methods, then the beans (seeds) are left to ferment overnight to break down the layer under the skin. The next day the remaining pulp is removed and the coffee beans are left out to dry on a patio.

Normally this would take weeks but using the giling basah method the beans are ready to be hulled when they reach 50% moisture content (as opposed to the usual 10-12%).

Giling basah is what gives Sumatra coffee its distinctive flavour and why it's so special.

If you enjoy trying coffees from around the world, then Sumatra coffee should be at the top of your list. The unique way in which its beans are processed and its characteristic earthy tones, make this a coffee worth trying at least once.

Sumatra coffee is part of our Indonesia coffee gift set along with Old Brown Java and Mandheling. It comes with a fact sheet that explains the origin of each coffee, and it includes advice on the best brewing methods.

This might just be the perfect way to try Indonesia coffee for the first time. 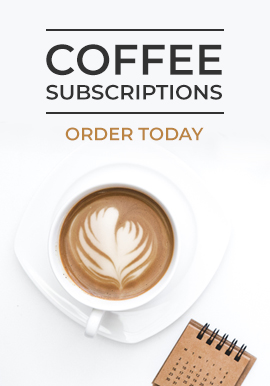